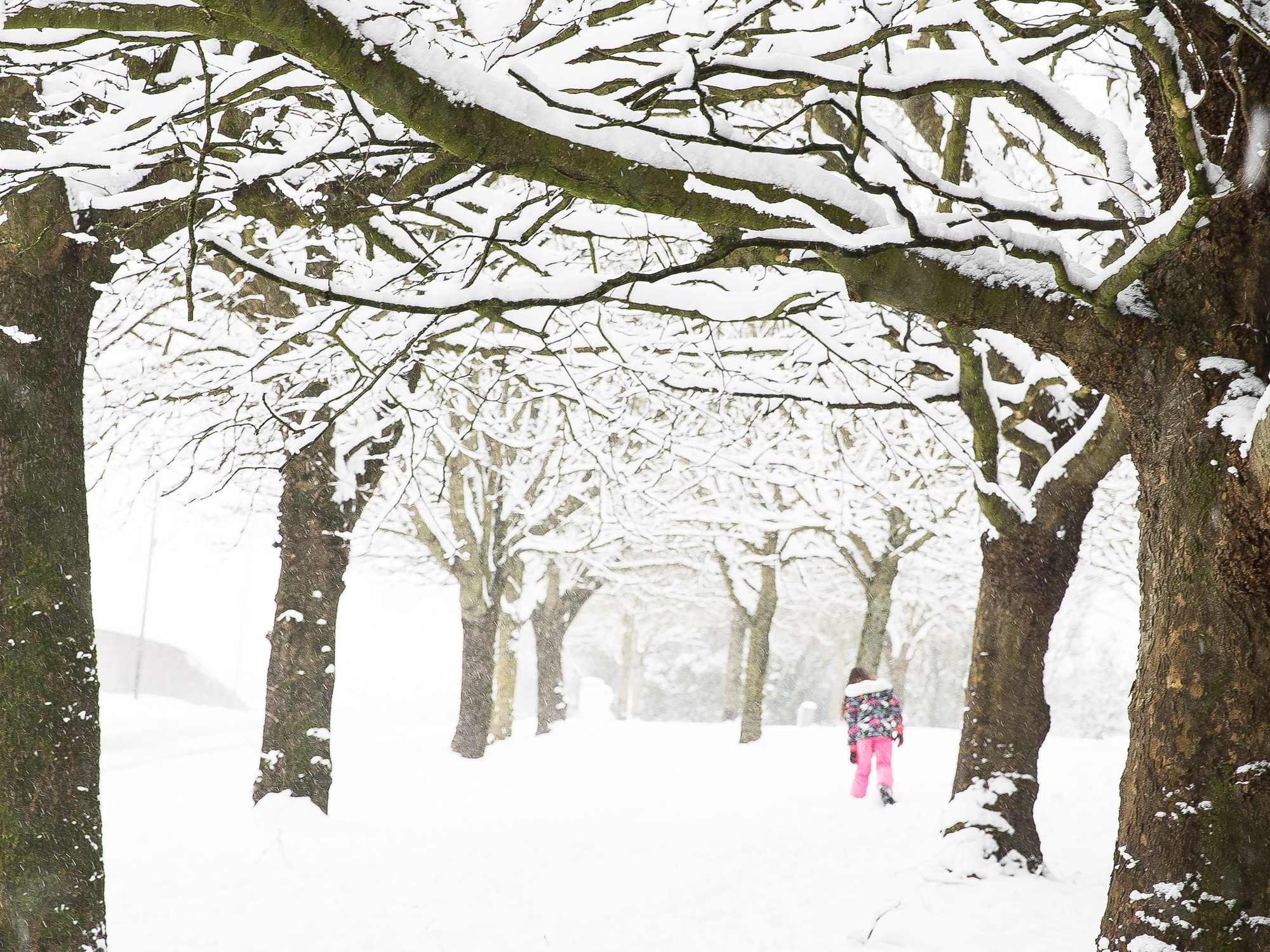 It’s not very often we get here in the South west corner of Ireland. Just like it never really gets that hot in the summer, the winters are nearly always mild and damp.

Last week however, we had the coming of the Beast from the East along with Storm Emma and boy did they provide some fun. Now I know for Canadians, Scandinavians etc this might not seem much, but to us it was magic.

A chance to don some good boots, a heavy jacket and have fun in the snow. This included taking aim with the camera.

The reason for taking this shot was the burdened branches above, but when the girl came along I knew she had to form part of the scene, a splash of colour in this winter wonderland.

It may not seem like it but this side of the wall you can see on the far left is a busy road leading to Cork City centre. For those familiar with Cork City the wall runs alongside Cork Constitution Rugby ground in Ballintemple.

Alas when adapting the image to fit the theme, the cover shot does not really represent the image that I was seeking to achieve. In my view the above portrait image is far superior.

I write this on Sunday 4th March while the above image was shot just two days ago on Friday 2nd March. The snow has all but gone.