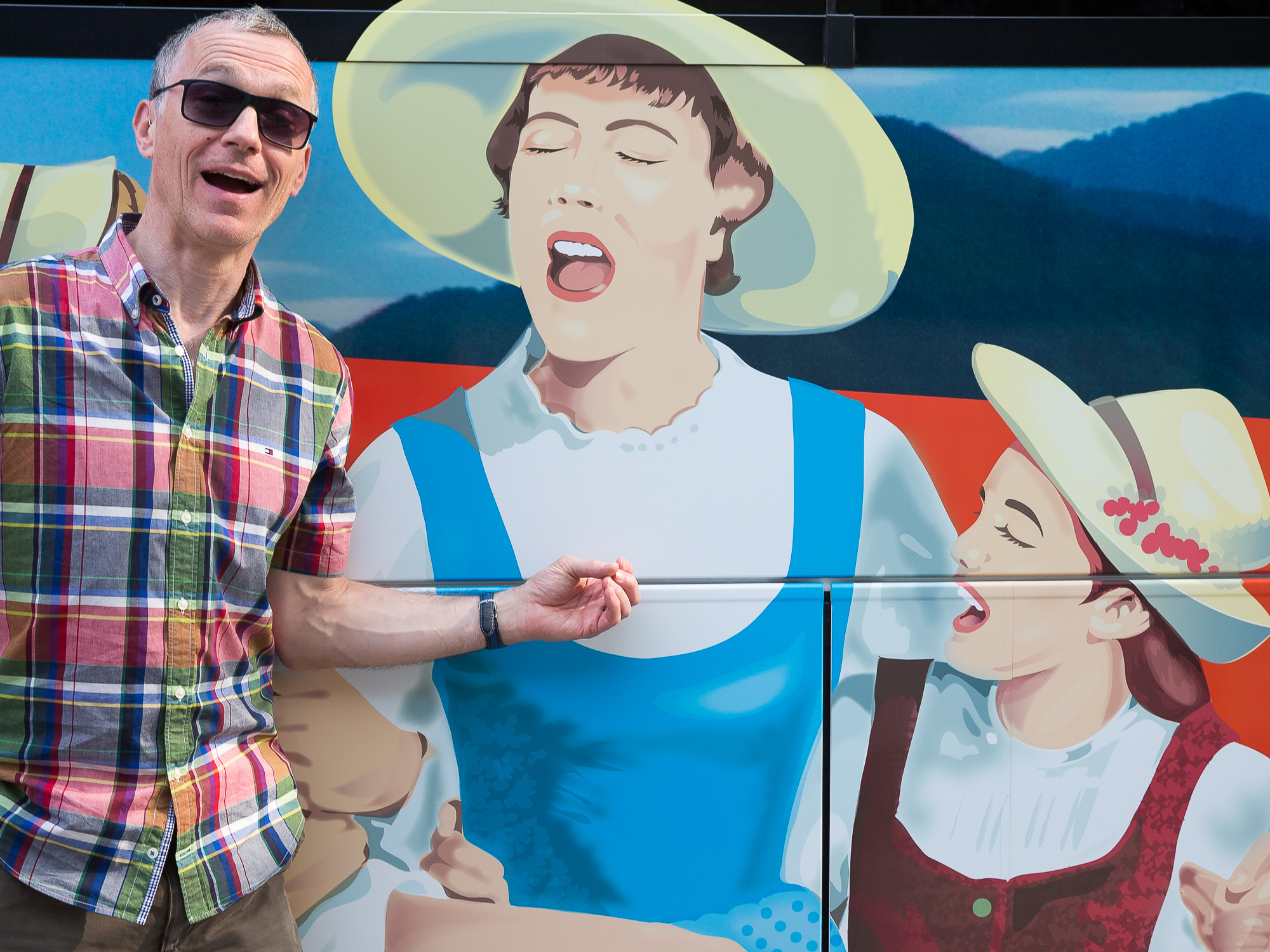 So fresh from a trip around the Isle of Arran (yesterday’s post), today I give you a very different whirlwind tour – The Sound of Music Tour.

Staying in Salzburg Austria we thought the tour would be nice and frivilous.

Our first port of call was the palace used for the outdoor scenes by the lake, but this was about as close as we could get to the privately owned Schloss.

We strayed a little on the way back to the bus, the fortress above Salzburg looked so impressive from this alternative viewpoint. From here it looks as if it is in the middle of the countryside, not towering over a city.

On to the gazebo famed for the “Sixteen going on Seventeen” song in the film and found in the grounds of another nearby schloss.

Alas being on a tour it was difficult to get images without a hoard of other tourists, but somehow I sneaked a couple in.

The tour continued on to the lake district near Salzburg to gain the view of St. Gilgen by Wolfgangsee and on to Mondsee and the church that featured in the wedding scene of the film – in real life they got married in Salzburg.

Alas we didn’t get to skip down that meadow but in our time in Salzburg we did at least get to the gardens of some of the scenes, the fortress now in its more customary silhouette.

This last image helps to show the richness of Salzburg; it really is a sumptous city with music featuring strongly, Mozart being its most celebrated son.

To end, here is a fella who wishes he was just a bit more musical…..

Hope you enjoyed the tour – Have to admit I don’t think we’d be recommending it, though it was nice to let someone else drive for a change.

13 thoughts on “Sound of Music”