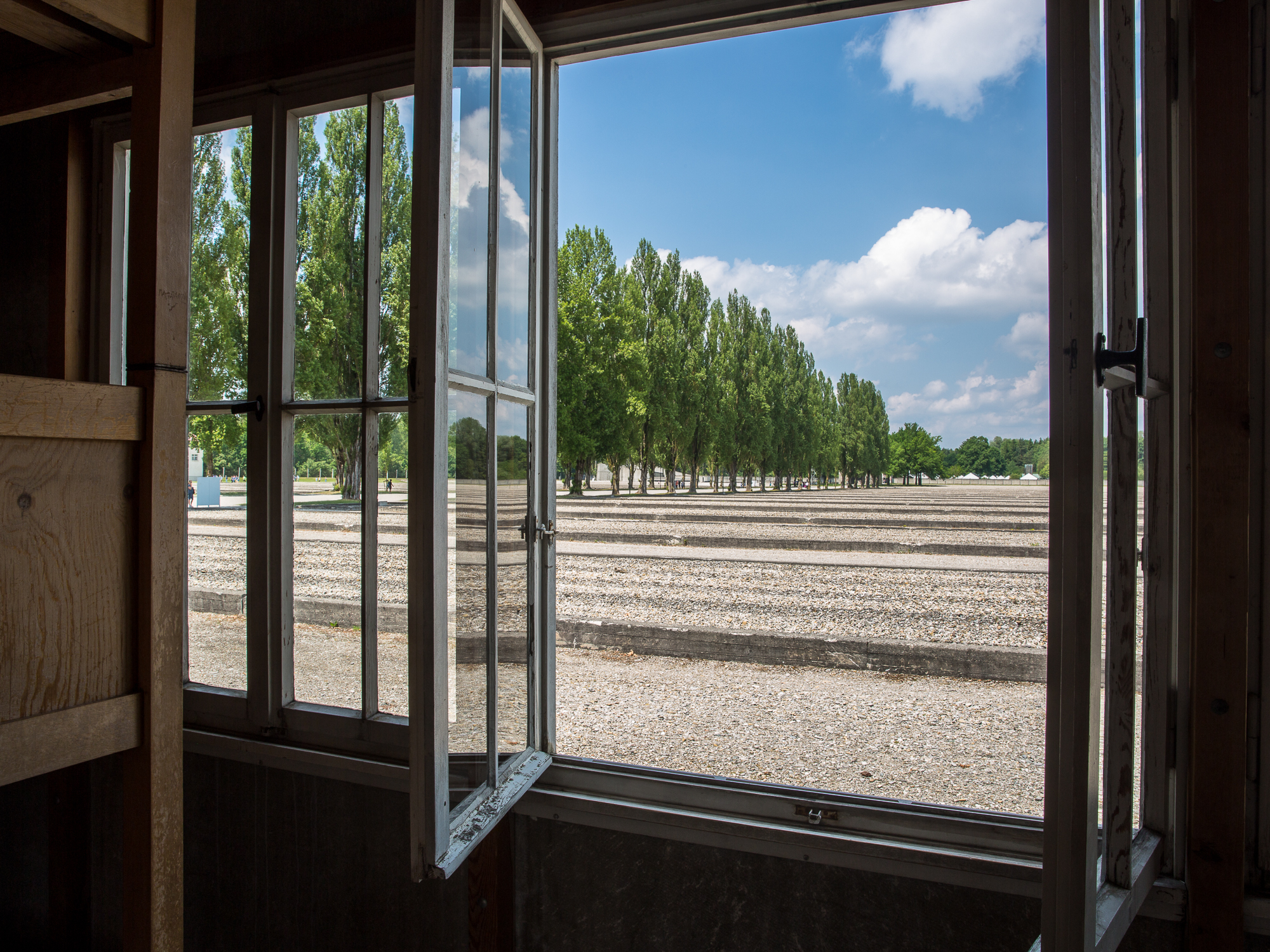 Walking through the gates of Dachau one first of all enters the main square set in front of the administration buildings. On the opposite side of the square stands two barrack huts, reconstructed to portray the conditions in which prisoners lived.

The square is enormous. Prisoners were held here both before and during the second world war, but it was during the war itself that numbers rose rapidly.

Looking out the window of the hut, a line of poplars marks the path dividing the huts, running from the administration end of the Camp to the end where the crematoriums stood.

Back in the day, there were no poplars and the view out of this window would have simply faced the next hut. In the image below the guard tower looms large, but once more, this would have been hidden from view by the neighbouring huts.

Ar present just two of the huts have been reconstructed, but the following two images should give an indication of the extent of the buildings that were in place housing the prisoners.

The main exhibition is in the old Administration building and includes a worthwhile film. It is not an easy watch and the information is hard to comprehend, but we must learn from this and not allow a repetition of such atrocities.

Within the building are images somehow taken by inmates and I was struck by the faces, these people could have been our neighbours; they were just ordinary people falling into the wrong classification of the time.

Below are photographs of these images. 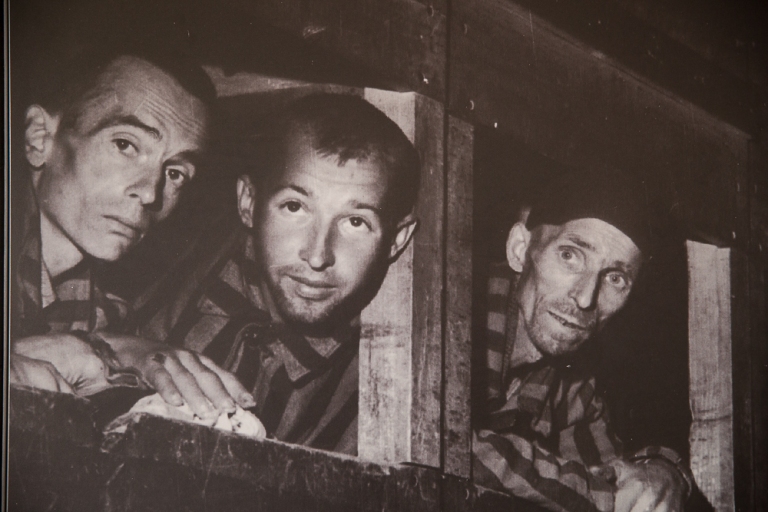 The credit clearly has to go to the person who took the images all those years ago.

This is the second concentration camp I have been to, the first was Sachsenhausen just north of Berlin, and while they can hardly be called pleasurable experiences, they are nonetheless important. Some things in this world are very unpleasant but we cannot allow ourselves to simply ignore them.

3 thoughts on “Window of Hope”