The fact that this small island, measuring just 1.5 miles by 3.5 miles, had three gun batteries placed on it, just shows the strategic importance of this piece of land in Bantry Bay, West Cork.

To get into the battery one has to cross a deep moat by a small footbridge, a warning sign standing to advise of the perils ahead. With planks missing, the bridge itself represents an obvious hazard. Once inside, the old buildings which housed the soldiers are solid enough, if somewhat cold and damp.

View from the Battery 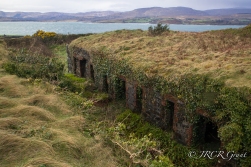 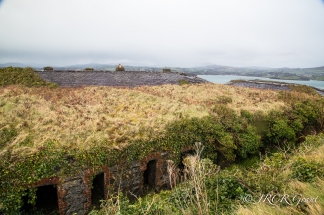 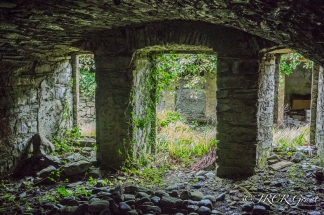 Just like the island school, another place found crumbling, bit by bit.

What amazed me the most was to learn that people had lived in the Middle Battery right up until 1992, less than 25 years ago. Unbelievable what you can find out when you talk to the locals.

hoppy ales and beautiful places - make for heaven on earth